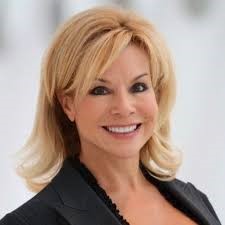 Jeanette Prenger is the Founder, CEO and President of ECCO Select. Jeanette began her career as a software developer working at various leading companies, such as Sprint, TWA, and the Federal Reserve Bank. In 1995, she founded ECCO Select with only one client and has since grown the company into the leading provider of technology services and consulting for Government Agencies and Fortune 1000 Companies. ECCO Select now has over 150 employees nationwide and was awarded a Streamlined Technology Acquisition Resources for Services (STARS) contract by the General Services Administration with a 10 billion dollar ceiling. Under her leadership, ECCO Select has consistently been recognized as one of the top 500 Hispanic Businesses in the United States as well as a Top 10 Small Business by the Greater Kansas City Chamber of Commerce. A tireless advocate for her community, Jeanette serves on the national boards of The Latino Coalition, Junior Achievement USA, Boy Scouts of America, Women Impacting Public Policy and Orphaned Starfish Foundation. She is also on the board of the Federal Reserve Bank of Kansas City Economic Advisory Council, the Kansas City Convention and Visitors Association, the American Royal, the Heart of America Council of Boy Scouts, Kansas City Tech Council, Missouri Workforce Investment Board and the Park University Board of Trustees among others. 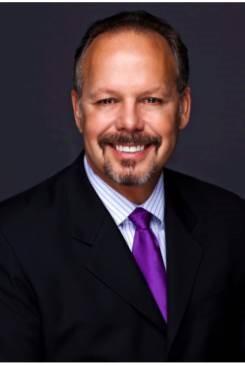 Anthony “Tony” Jimenez Jr is the Founder, Chairman and Chief Executive Officer of MicroTech, one of the largest Hispanic-owned IT Integrators in the country. Since its founding in 2004, MicroTech has grown from a kitchen table startup to a half billion-dollar company under Tony’s leadership. Microtech has consistently been recognized for its success, as numerous organizations including Deloitte, Washington Technology, Smart CEO, Washington Business Journal and several others have added MicroTech to their fastest-growing company lists. Additionally, the Hispanic Business Magazine has named MicroTech the No.1 Fastest-Growing Hispanic-Owned Business in the Nation for three years in a row (2009-2011). MicroTech was also deemed one of the 25 largest Hispanic-Owned Businesses in the Nation in 2011 according to the Hispanic Business Magazine. In recognition of his achievements and leadership, Tony has earned numerous awards including “Executive of the Year,” “Entrepreneur of the Year,” “Small Business Person of the Year,” and “CEO of the Year.” Furthermore, he has been recognized as one of the “Most Influential Hispanics in the Nation” by Hispanic Business Magazine, one of the “Most Powerful Minority Men in Business” by the Minority Enterprise Executive Council, and “one of the 100 Most Innovative Entrepreneurs in the Nation” by Goldman Sachs. 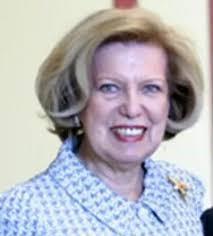 Maria Cristina Caballero is the founder, President and CEO of Dialogue on Diversity based in Washington DC. Dialogue on Diversity is a non-profit 501(c)(3) educational organization that works as a forum for the interchange of ideas, experiences and conversation for women of different ethnic and cultural communities. In its 28th year of action under Caballero’s leadership, Dialogue of Diversity continues to push for the social and political advancement of women and men from diverse cultural, ethnic, and national traditions through “promotion and development of entrepreneurial excellence, technology training, networking, and education.” In 2011, Caballero was an honoree of MEA Magazine’s, a publication of the award-winning Minority Enterprise Executive Council, 50 Women of Influence and Power. 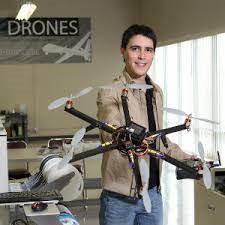 Jordi Munoz is the Co-Founder of 3D Robotics based in San Diego, California. Munoz immigrated from Tijuana, Mexico in 2007. Since then Muniz has met challenging situations with positivity, ingenuity and entrepreneurship. At the time, Muñoz, was a 20-year-old Mexican immigrant who had just arrived in the United States. As he was waiting for a green card, he passed time by building a drone prototype in his garage out of a video gaming console's remote control. Munoz manipulated the sensors on his gaming console and built the world’s first auto-piloted drone. Today, 3D Robotics Inc is the largest U.S and Hispanic owned commercial drone manufacturer in the country. 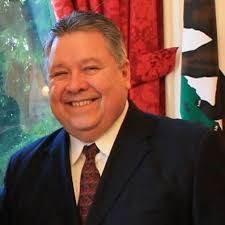 Jose Perez serves as the current President and CEO of Hispanics In Energy. Hispanics In Energy (HIE) is a non-profit, community and industry driven organization that is designed to increase Hispanic inclusion in America’s energy industry. Perez has long been a national speaker and advocate for diversity and inclusion in the energy and utilities industry and his tireless advocacy inspired him to start the California Utilities Diversity Council (CUDC) in 2003. CUDC helped to set new standards and led to new achievements in diversity by California-regulated companies. In 2008, he founded another groundbreaking council, National Utilities Diversity Council (NUDC), and served as its president for three years. In this role, Perez generated national awareness and efforts toward reaching diversity goals. In 2014 Jose was named as one of the nation’s “Most Influential Latinos in Energy” by Latino Leaders. 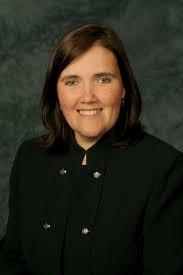 Arline Santiago serves as Senior Vice President, General Counsel, and Legal Director at ESL Federal Credit Union, a full-service financial institution headquartered in Rochester, New York. As ESL’s chief legal counsel, she manages the organization’s legal, compliance, and regulatory affairs. She also serves on the ESL Planning and Policy, Crisis Management, Employee Benefit Plans, and Operations Committees. Arline herself is a proud public servant in the community as she sits on numerous boards including the Rochester Area Community Foundation, Volunteers of America Upstate New York, SUNY Brockport LEAP, and is a member of the PathStone Corporation’s personnel committee. Her outstanding work in the community led the The Rochester Hispanic Business Association, a Greater Rochester Chamber of Commerce affiliate, to name her as the 2018 Hispanic Business Person of the Year. 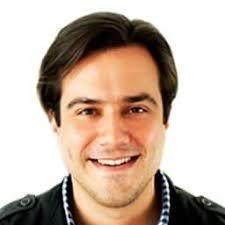 Matias De Tezanos is an ambitious entrepreneur and business leader. Throughout his career, De Tezanos has founded of 11 different companies and has held an executive leadserahip role at 10 others companies. In the 2000, he founded the internet hotel reservation site in Spanish Hoteles.com, now operated by Expedia. He also was the Co-Founder and Chief Executive Officer of ClickDiario.com Network, a leading Internet advertising network in Latin America in 2006. De Tezanos was Honored Young Global Leader by the World Economic Forum in 2009 and named one of the top 10 Hispanic entrepreneurs by INC Magazine during 2011 and 2012. In 2011, he founded PeopleFund, a private holding company that invests in tech-startups, including several top INC 500 ranked companies like BrokersWeb, Healthcare.com, AutoWeb.com. 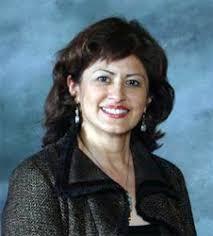 Martha De La Torre is the Founder, President and CEO of El Clasificado. El Clasificado was founded in 1988 as a weekly Spanish-language classified ad publication targeted at Latino immigrants. Today, ElClasificado.com is the largest Spanish-language classified marketplace in the United States. De La Torre’s dedication to growing job opportunities in inner cities and advocacy in the Hispanic community has been recognized several times including being awarded the Marcia Lamb Inner City Innovation Award at the ICIC 2016 Inner City 100 Awards and the Small Business Person Administration Los Angeles Small Business Person of the Year in 2003. Her entrepreneurial success and contributions to the Latino community has also earned awards from The Los Angeles Business Journal, United States Hispanic Chamber of Commerce, Latina Style, the California Hispanic Chamber of Commerce, and the Regional Hispanic Chamber of Commerce. 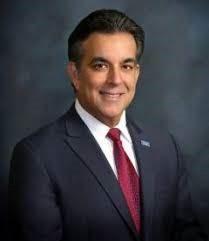 Hector V. Barreto is the Chairman of The Latino Coalition (TLC), one of the largest and most successful Latino advocacy groups in the nation. TLC’s stature in the business community and the political community has grown steadily since Barreto took the helm of the organization in 2006. Barreto is internationally recognized for his successful business ventures, community leadership, government service and as a leading voice for Latinos across the country. He is a frequent public speaker, media guest, panelist and commentator on business, politics and the Latino community. His community service includes being the founder and former chairman of Business Matchmaking, a highly recognized non-profit that has helped small-business owners, especially women, minorities and veterans, to gain access to key procurement representatives at the federal, state and local levels, as well as many major corporations. Since its inception, Business Matchmaking has facilitated more than 90,000 in-person meetings and generated more than $80 billion in contracts for small businesses. He also serves as President of the Hispanic Business Roundtable Institute, a non-partisan, non-profit grassroots organization seeking to promote and advocate economic advancement and U.S. job growth in America 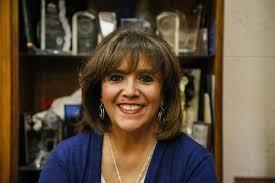 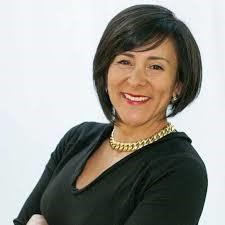 Angela Franco serves as the Interim President and CEO of the DC Chamber of Commerce. The DC Chamber of Commerce is currently the largest and oldest Chamber of Commerce in Washington DC. Prior to joining DCHBX, Franco was the President and CEO of the Greater Washington Hispanic Chamber of Commerce (GWHCC) from 2009 to 2017. Under her leadership, the organization was strengthened and revitalized as evidenced by its dramatic membership growth from 60 members when she started to 670 members upon her departure. It also experienced a 500% increase in operating revenue during her eight years of service. While at GWHCC, Franco pioneered the development of successful membership programs. She promoted business-to-business networking and synergistic relationship building, created training programs for owners of startup enterprises, built a bridge between the DC Metro Region and Latin America, and appeared before numerous government agencies as an advocate for the interests of regional Hispanic and minority businesses. Because of her passion and commitment, more than 70% of the Chamber’s members have grown their businesses and increased their ROI. 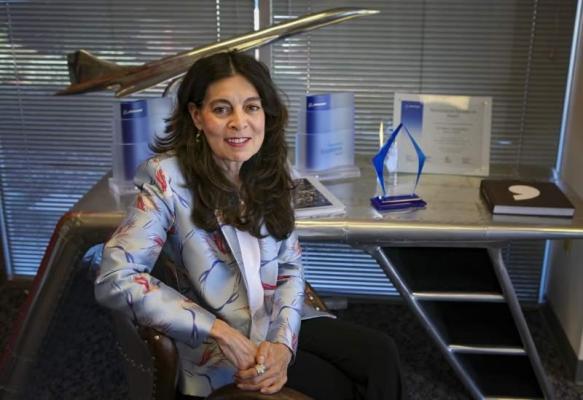 Belinda Guadarrama is the President and CEO of GC Micro, a software and IT Integrator firm based in Petaluma, California. Founded in 1986 with two employees by Guadarrama, GC Micro embodies the essence of American entrepreneurship. Over 25 years later, the company remains a 100% minority-woman owned small business, but now with over 40 employees and access to over 2 billion dollars in inventory. She has always been a fervent supporter of minority entrepreneurship. When businessmen told her that they didn't think a minority owned business had the expertise to meet their needs she just used this as fuel to win their account. Her drive just wasn’t for her business, but for those minority-owned firms that came after her. This community-minded philosophy has become part of the foundation of Guadarrama's leadership from GC Micro's founding until now. Throughout her career she has served at various capacities from White House Small Business Policy Advisor to motivational speaker working to get Latino youth to stay in school and has been named the California Small business Person of the Year by the SBA, and Woman of the Year by the Minority Business Development Council. 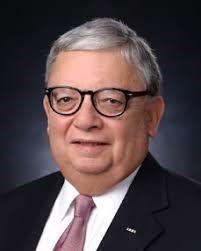 Albert C. Zapanta is the President and CEO of the United States-Mexico Chamber of Commerce, which operates 9 regional offices in the United States and 8 in Mexico. Zapanta had previously spent significant time in the military where he was awarded the Silver Star, 5 Bronze Stars for Valor, Purple Heart and 30 other awards during his time in Vietnam. As a United States General, Zapanta was also appointed Chief of Staff of the Peacekeeping Mission to the United Nations Referendum on the Western Sahara where he commanded troops from the USSR, China, and France. In addition to his military career, he has held numerous Presidential appointments, including White House Fellow, Senate-confirmed Assistant Secretary of the Interior for Management and Administration, U.S. State Department Advisory Committee on International Trade Technology and Development, and private sector delegate to the U.S.-Mexico Partnership for Prosperity. Currently, he is a member of the Board of Trustees, President Gerald R. Ford Foundation and Museum; Senior Fellow, Center for Western Hemisphere Defense Studies; Chairman, Hispanic War Veterans of America; Senior Advisor to TEXTRON and American Science and Engineering on U.S.-Mexico Affairs, and Chairman and CEO of the United States-Mexico Cultural and Educational Foundation.