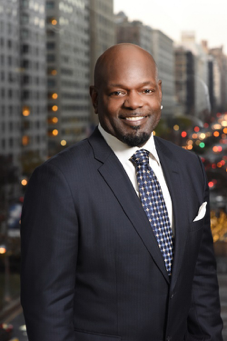 "I am so excited for our 50th Anniversary. I look forward to celebrating our past accomplishments and previewing future strategies to help the 11 million minority owned enterprises win the future," said Henry Childs II, MBDA National Director. "We are also honored that NFL legend Emmitt Smith will be joining us for this historic event."

Established by Executive Order in 1969 by President Richard Nixon, MBDA serves as the voice and advocate for minority business owners and entrepreneurs in the Federal government. Last year alone, MBDA helped facilitate $3.4 billion in contracts and $1.2 billion in financing for a total of $4.6 billion in contracts and capital to minority business enterprises (MBEs).  These activities created or retained more than 19,000 jobs.

Over the course of the past fifty years, the number of MBEs has skyrocketed. It is estimated that there are currently 11 million MBEs nationwide, which employ over 6 million people and generate nearly $1.8 trillion in revenue. At the same time, changing demographics create tremendous opportunities for minority-owned businesses. As a key driver of economic growth, minority-owned businesses play a critical role in fueling growth in their communities.

Over the next year, MBDA will continue to honor its 50th anniversary with a series of commemorative events, announcements of new partnerships, and new programs and delivery models that will continue to help minority businesses grow.

MBDA is the only Federal agency dedicated to the growth and global competitiveness of U.S. minority-owned businesses. Our programs and services better equip minority-owned firms to create jobs, build scale and capacity, increase revenues and expand regionally, nationally, and internationally. In 2019, MBDA commemorates 50 years of economic empowerment through entrepreneurship and recommits to Winning the Future for all U.S. minority-owned businesses. For more information about MBDA visit www.mbda.gov.